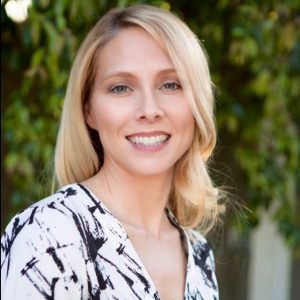 Currently, women make up 51.3% of all law school students. However, female law students still matriculate at lower levels than their male counterparts and are underrepresented in the legal profession, particularly when it comes to positions of leadership, such as assuming the role of a judicial officers (ABA, 2019).  For example, women only hold about one-third of state and federal court judge positions in the United States (Root, 2019).  Here in Kern County, CA, women only hold 11 (or 26%) of the Superior Court judicial officer positions, with the first African American female judge, The Honorable Gloria Cannon, appointed in 2017 (Kern County Superior Court Judicial Office Listand Harvey, 2017).  This disparity between male and female judicial officers, along with the overall differences between the race and gender composition of the bench and the communities they serve is known as the “gavel gap” (George and Yoon, 2018).

As women in the last several decades began to enter the judiciary in appreciable numbers, and the gavel gap became more apparent,  scholars began to ask if there are differences between how male and female judicial officers adjudicate cases (Kenney, 2012).  Some of these scholars have pulled from Carol Gilligan’s (1982) theory on the “different voice,” which argues that men and women approach ethical dilemmas from a different perspective, with the former centering on an ethics of justice, placing a premium on an individual taxonomy, and law and order, and the latter stemming from an ethics of care, placing attention on context, relationships, and a communal perspective. Moreover, many of these studies have focused solely on case outcomes and possible differences between male and female judges.

To my knowledge, few have focused on how judges perceive this debate and its implication for creating a more representative judiciary and cultivating greater trust among the public.  Therefore, I was compelled to survey judicial officers specifically on the “different voice debate,” in order to evaluate if they witness and experience differences between male and female judges in day-to-day legal proceedings, and if such differences exist, how they may impact their courtroom management style. The survey also considers demographic factors such as religious affiliation, race and ethnicity, political party identification, age, number of years on the bench, and type of legal education, in order to have a clearer sense of whether or not male and female judges operate in a “different voice” and/or if other factors are also at play. Overall, this research fits within my broader interests of how females navigate various institutions of authority.

Since California makes up the largest state  court system, serving the most diverse population in the country (California Courts, 2019), I decided to send the survey to all judges in the state with mailing addresses accessible via online judicial rosters in the summer of 2019.  My upcoming talk for the Kegley Institute of Ethics will feature a preliminary view of this survey work and also encompass a broader conversation on issues of gender and justice.  My hope for this project is that it helps to better inform judicial officers on the current make-up of the bench and its implications for the aspiring judges, courtroom dynamics, decision-making behavior, and bias.