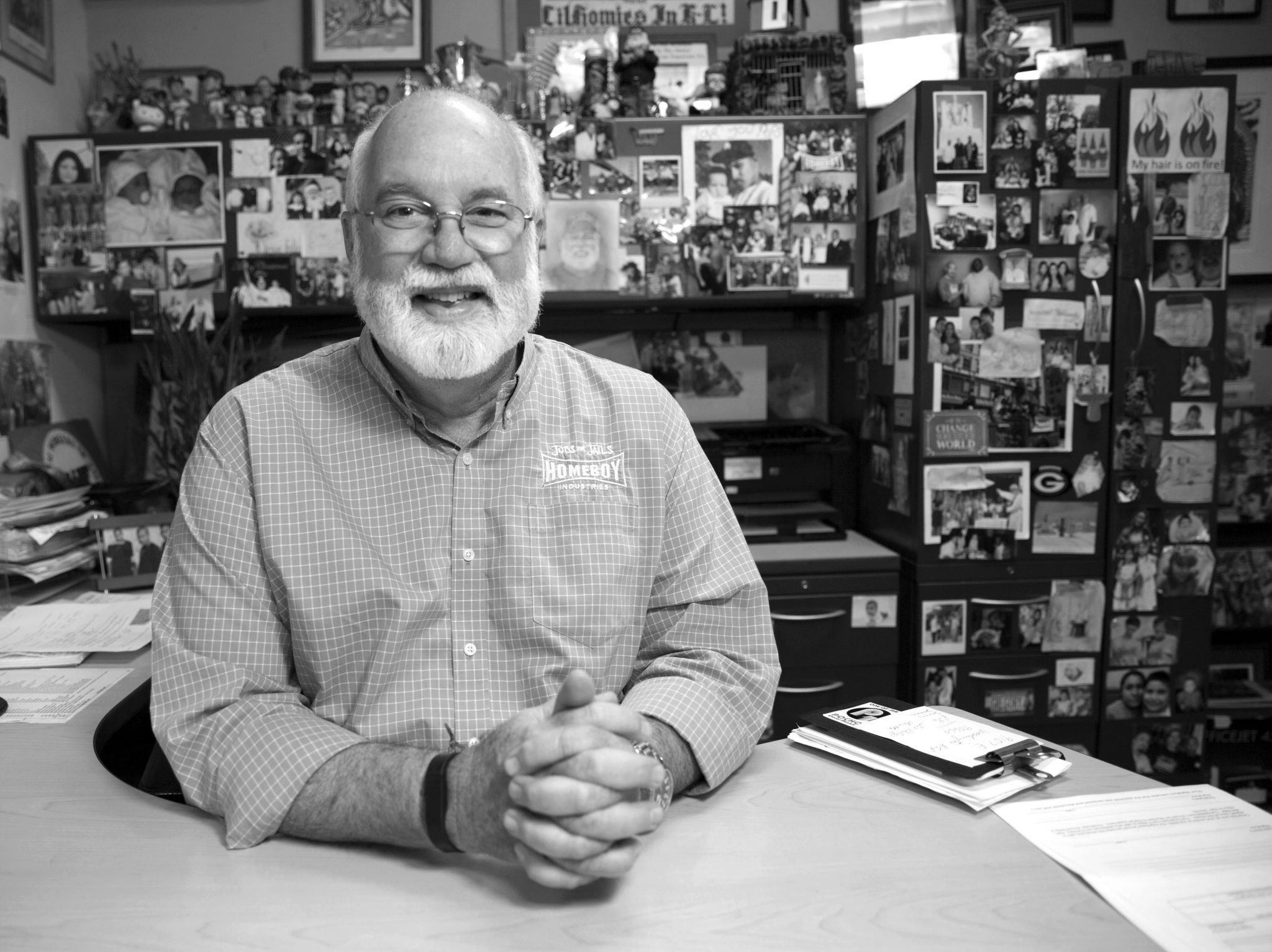 The Kegley Institute of Ethics is happy to announce that Gregory Boyle will deliver our 2018 Fall Lecture on November 13 at the CSUB Dore Theater. Boyle’s lecture is titled “Gangs and Social Enterprises: The Ethics of Kinship.” Boyle is the founder of Homeboy Industries in Los Angeles, the largest gang-intervention, rehabilitation, and re-entry program in the world. A Jesuit priest, from 1986 to 1992 Father Boyle served as pastor of Dolores Mission Church, then the poorest Catholic parish in Los Angeles that also had the highest concentration of gang activity in the city. Boyle witnessed the devastating impact of gang violence on his community during the so-called “decade of death” that began in the late 1980s and peaked at 1,000 gang-related killings in 1992. In the face of law enforcement tactics and criminal justice policies of suppression and mass incarceration as the means to end gang violence, Father Boyle and parish and community members adopted what was a radical approach at the time: treat gang members as human beings. In 1988 they started what would eventually become Homeboy Industries, which employs and trains former gang members in a range of social enterprises, as well as provides critical services to thousands of men and women who walk through its doors every year seeking a better life. Father Boyle is the author of the 2010 New York Times-bestseller Tattoos on the Heart: The Power of Boundless Compassion. His 2017 book is the Los Angeles Times-bestseller Barking to the Choir: The Power of Radical Kinship. He has received the California Peace Prize and been inducted into the California Hall of Fame. In 2014, the White House named Father Boyle a Champion of Change. He received the University of Notre Dame’s 2017 Laetare Medal, the oldest honor given to American Catholics. END_OF_DOCUMENT_TOKEN_TO_BE_REPLACED