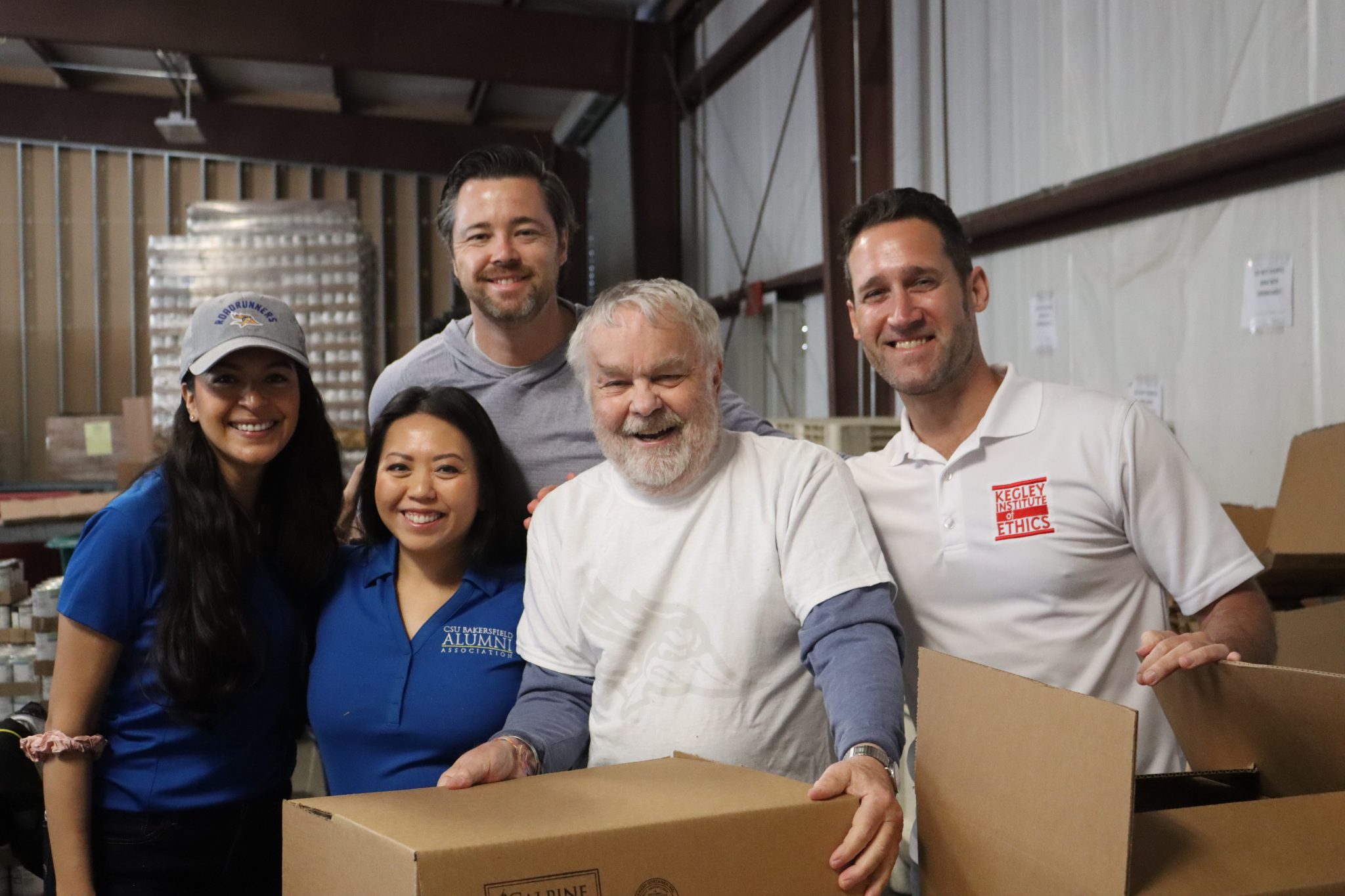 Along with our partners, Kaiser Permanente and Adventist Health Bakersfield, KIE sponsors and organizes the Wendy Wayne Ethics Awards. Wendy Wayne was a dedicated volunteer and ethical leader in the Bakersfield community and beyond. The Wendy Wayne Ethics Awards were dedicated in her honor upon her death in 2012 and sustain her legacy and commitment to service and ethics by recognizing individuals whose behavior embodies these values. Each year, nominations are accepted by the Kegley Institute in a youth category and in an adult category recognizing a lifetime commitment to ethics.

Please submit a nomination for a Wendy Wayne awardee by clicking the appropriate tab above that corresponds with the nominee’s age. For the purposes of the Wendy Wayne Ethics Award we define Youths as 24 and younger and Adults as 25 and older. Candidates must be from the Metro-Bakersfield region. Adults may be awarded either for a lifetime’s achievement or to honor a specific set of actions over a relatively short period.

Give Our Latest Video A Watch

For additional information, or if you have any questions, please fill out the form on our Contact Page 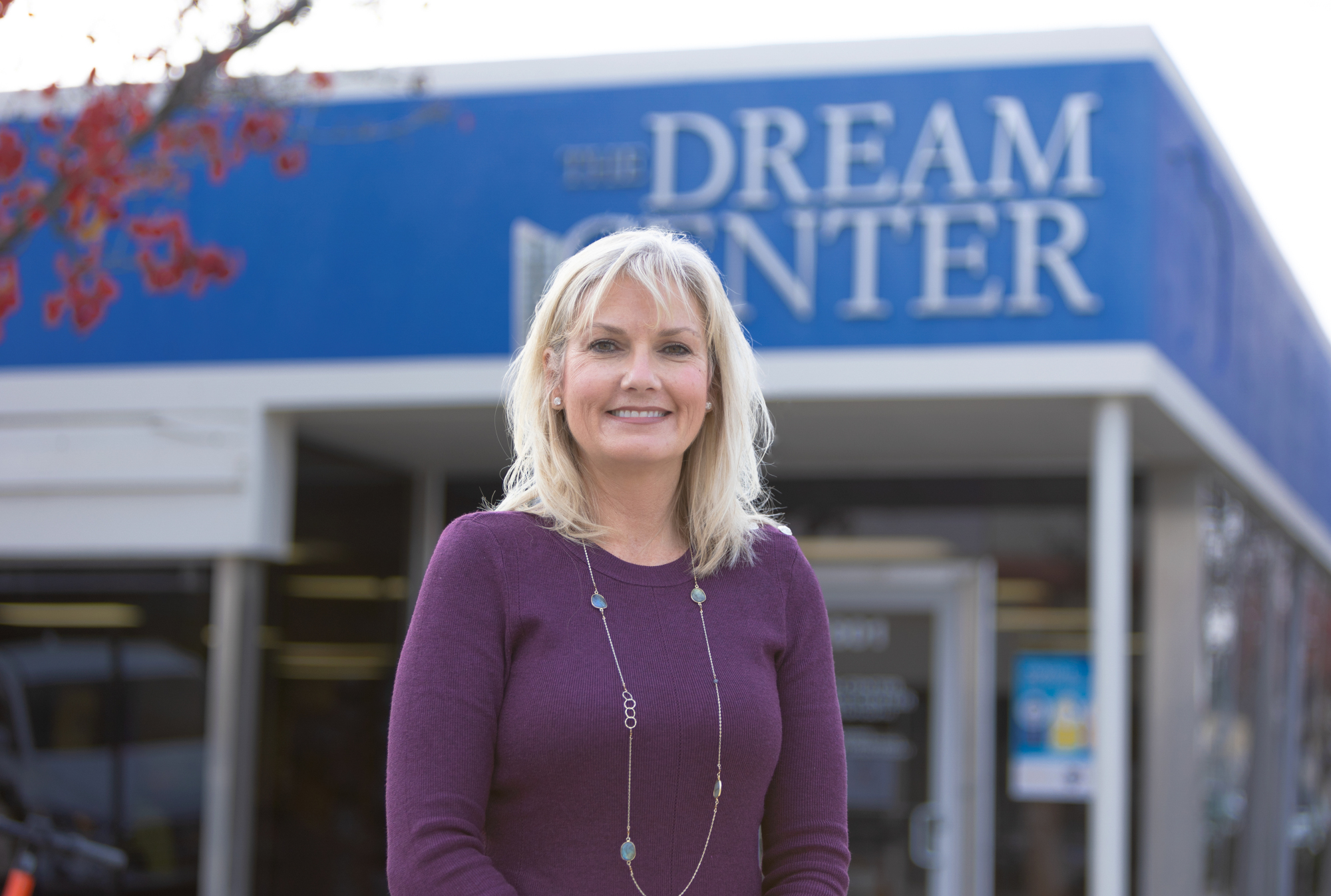 Stuart is a child and family services coordinator at the Kern County Network for Children (KCNC), which was established in 1992 by the county Board of Supervisors to identify and address the most critical children’s issues in Kern County, including the prevention of abuse and neglect.

Stuart, who was a social worker in the county Department of Human Services at the time, was charged with helping develop a structure for the KCNC and was its first formal employee, working directly under Wendy Wayne, who administered the agency.

Stuart has worked at the organization for a total of 27 years and has been involved in many efforts, such as the development and expansion of the Dream Center, a resource center that serves foster and homeless youth.

“To think that my efforts to help improve outcomes for current/former foster youth, homeless youth and families who struggle exemplifies Wendy’s outstanding commitment to services and ethics in any way is an amazing honor,” she said. 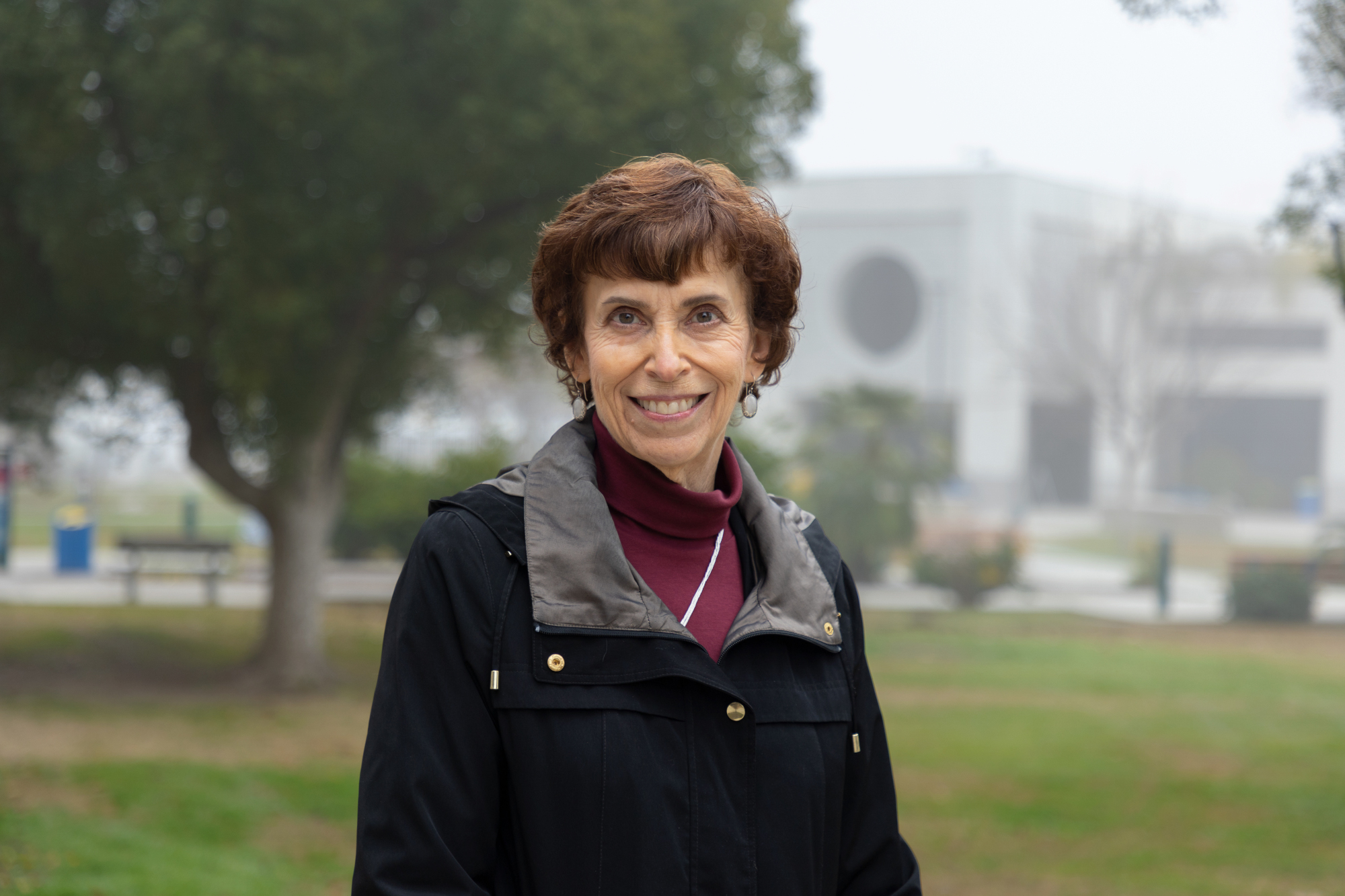 Dr. King has worked for the past 24 years evaluating publicly funded programs throughout Kern County and across the state through her company Transforming Local Communities. Focusing primarily in the areas of health, education and criminal justice, she strives to find solutions to address neighborhood and community issues.

Seeing a need for young people to have a place where they could have a sense of agency, Dr. King co-founded Transitional Youth Mobilizing for Change (TYM4Change) in 2018 and serves as its executive director.

TYM4Change is a nonprofit organization that aims to empower teens and young adults by providing educational opportunities that encourage them to identify an issue in their community, develop the research skills to present that issue to funders, and to then create programs that address that concern. Beyond academic support, youth in TYM4Change participate in community service projects, create documentary films and more.

“Receiving this award is both a surprise and a great honor,” Dr. King said. “Wendy Wayne was a colleague and friend whom I deeply admired for her service to the community. If there is one thing I learned from Wendy it is that we all have the capacity to create positive change in our neighborhoods and communities if we work together to find common ground, and there is nothing more personally rewarding than watching that change happen!” 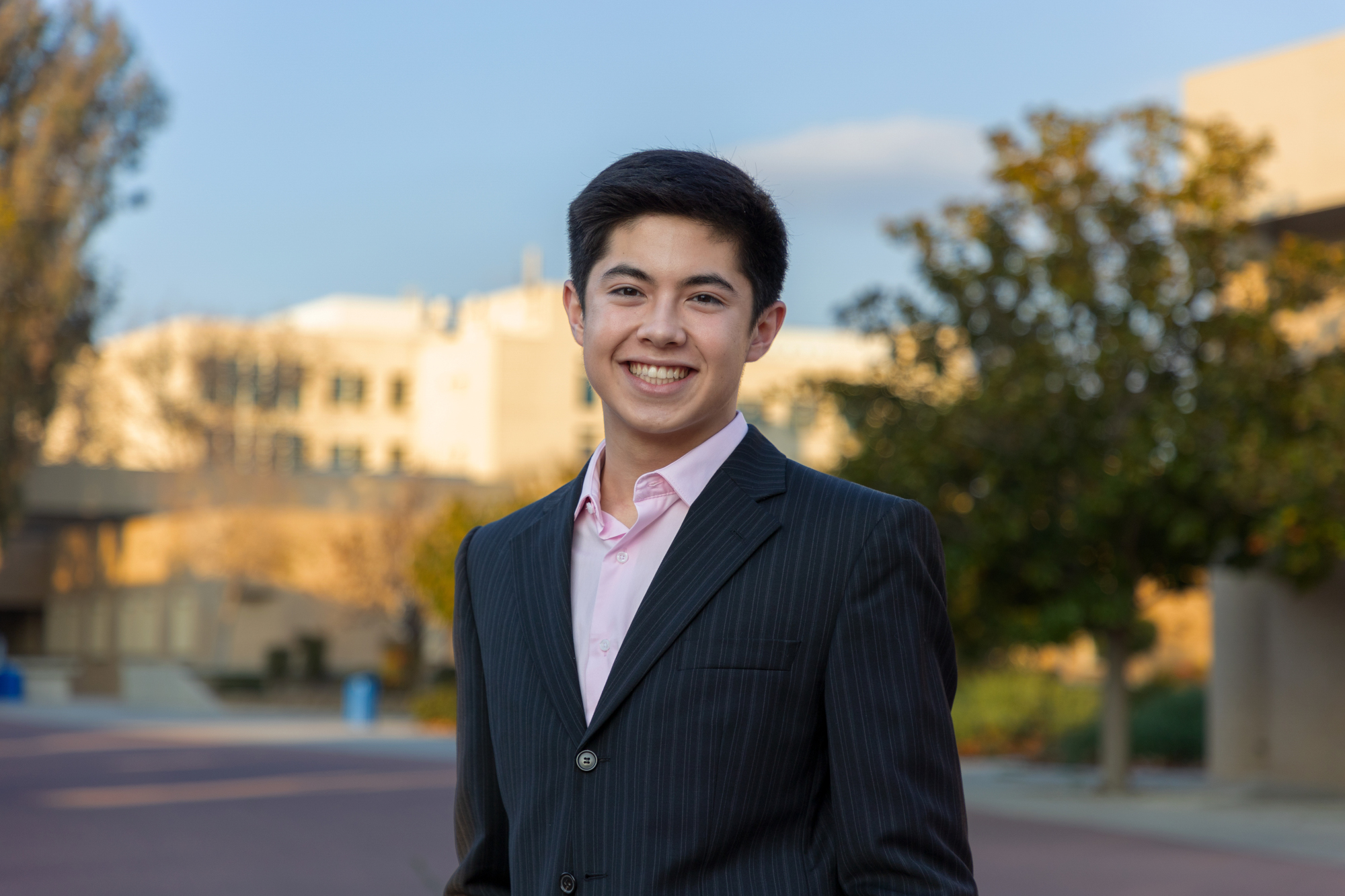 Alex is currently a senior at Centennial High School and is currently ranked No. 1 in his class with a 4.5 grade-point average. He serves as vice president of the Spanish Honor Society, is an Associated Student Body representative and is the Kern High School District Local Control & Accountability Plan Committee student representative.

Alex was the first statewide recipient of the newly created California State Seal of Civic Engagement for his efforts with political campaigning, community volunteer work, academic research and human rights and education advocacy.

He is also the founder of the Holocaust Education Youth Project, which hosts live Holocaust survivor presentations for youth in over 20 schools throughout Kern County and for other local political and educational groups.

Alex secured a prestigious internship at the Los Angeles Museum of the Holocaust, where he helped to create lesson plans to accompany Holocaust survivor testimony that are used in over 500 school districts statewide. He also serves as a board member with the Holocaust Museum Los Angeles Teen Advisory Board.

Alex is a graduate of the University of Southern California Shoah Foundation’s William P. Lauder Junior Internship program, where he worked to develop improved human rights educational materials detailing the history of identity-based violence for junior high and high school students across the nation. 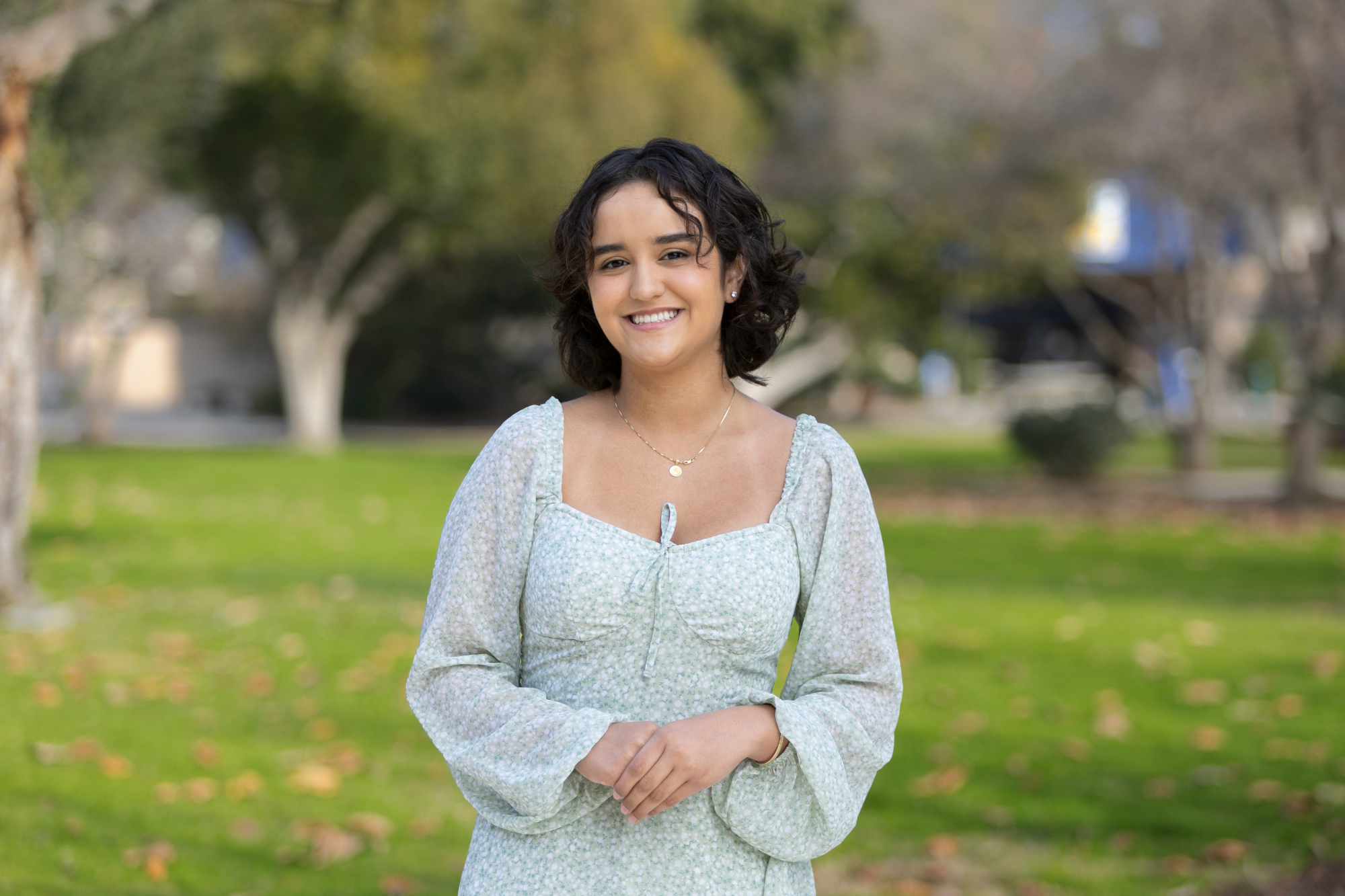 Gonzalez is a youth leader and activist who is majoring in political science at the University of California, Berkeley. She is heavily involved in activism around the issues of human rights, ethical leadership in healthcare, LGBTQ+ rights, ethnic studies and climate change.

Gonzalez founded the first Multicultural Club at her high school and became the club’s president. Through her efforts and advocacy, the club participated in community service and community-wide events that focused on bringing awareness about the various cultures represented at her school. Through the club, she also helped her peers find ethical leadership opportunities and educational events involving their own interests with either their own culture or the cultures of others.

Gonzalez also joined the HEAL (Healing, Equity, Advocacy, Leadership) Project as an intern to expand her activism role regarding equal rights for Black and Latinx youth. She attended various community events and presented as a panelist while working with other community members and leaders to bring awareness, resources and programs to the community. 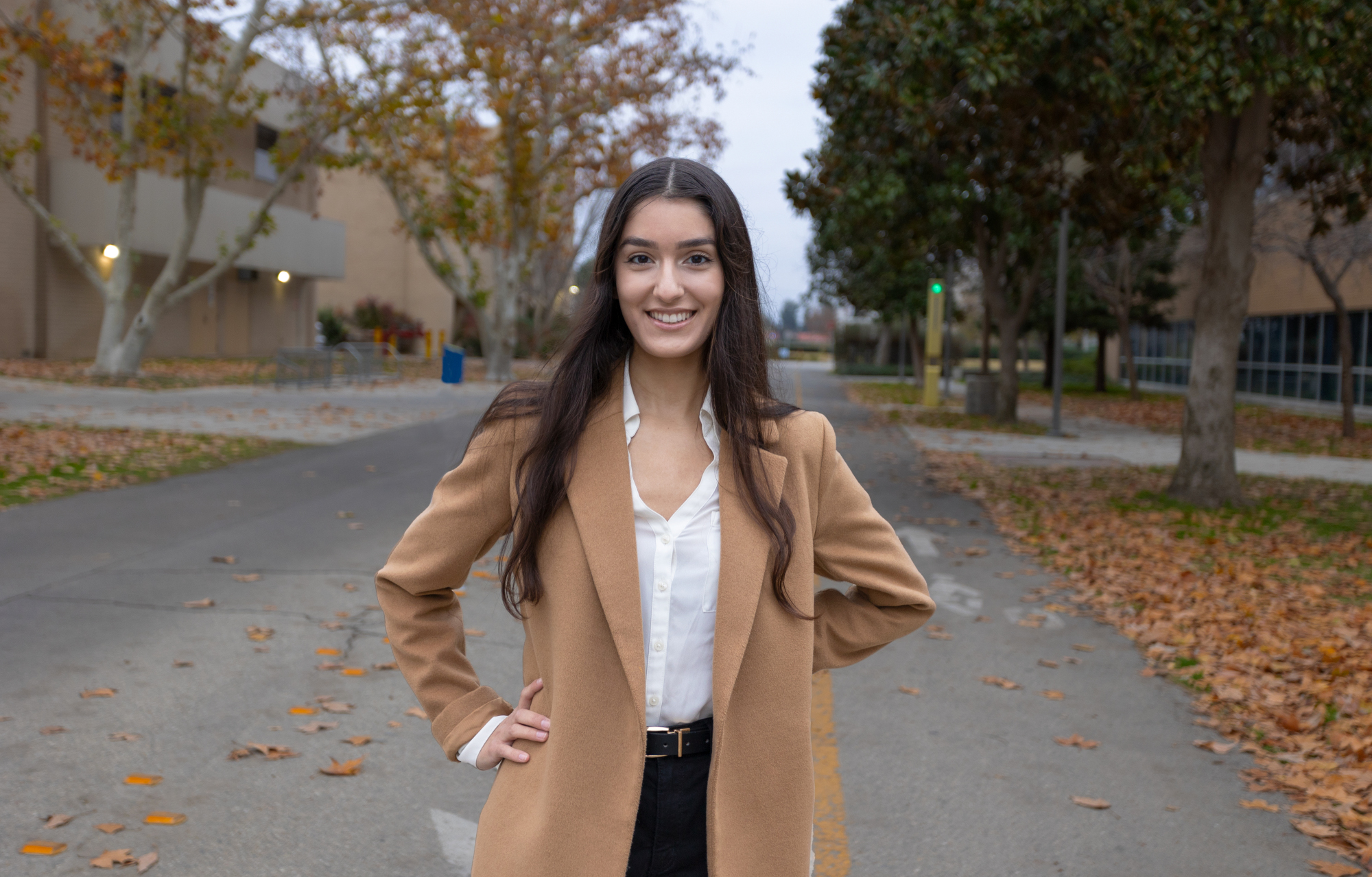 Velasco earned a bachelor’s degree in criminal justice from CSUB and is currently pursuing her master’s in public administration at the university. As a CSUB student, Velasco was both a student scholar in the prestigious Helen Hawk Honors Program and as a Kegley Institute Student Fellow. As part of her current master’s program, she is involved in two research projects, one focused on felon disenfranchisement and the other on North Kern State Prison’s Transitions Reentry Program for Post-Incarceration Success.

Velasco currently works as a full-time teaching assistant at North Kern State Prison. She is also serving as an intern for Assemblyman Rudy Salas through the Maddy Institute Legislative Intern Scholar Program. In addition, she is a student assistant with Humanities Beyond Bars, which works to promote public understanding of the impacts of mass incarceration and the human condition of those incarcerated through community events and oral history interviews with formerly incarcerated persons.

Velasco has a passion to help improve public policy governing rehabilitation, through education, of inmates in the California prison system and their successful reintegration into society. To that end, she aims pursue a career in public interest law after obtaining her master’s degree.


Originally started in 2012 as the Kegley Institute of Ethics Community Ethics Award, the award name was changed to honor Wendy Wayne, after her untimely passing. In addition to being revered in the community for all her good works, she was one of KIE’s early advisors and strongest supporters; she was instrumental, in fact, in helping us set up the original version of the award.

There are two award categories: an adult (age 25 and older) and a youth (24 and younger). Candidates must be from the Metro-Bakersfield region. Adults may be awarded either for a lifetime’s achievement or to honor a specific set of actions over a relatively short period. Criteria provided below.

The Awards recognize individuals who possess core character traits that result in a commitment to virtuous action beyond their personal interests. These individuals have internal virtuous dispositions, but also act on them, striving to make the world a better place. Further, they do it simply because it’s right, not because they seek some fame or fortune. In fact, in nearly all cases there will be some degree of self-sacrifice: e.g., challenging a status quo in a way that causes personal and professional hardship or hindrance; acting on behalf of a vulnerable person, knowing that doing so will mean the loss of friends; or giving up on a lucrative career path, so as to instead try to improve the lives of those worse off.

Some will devote a life to these pursuits; others will become immersed in correcting a particular injustice: hence our two adult categories — “lifetime achievement” and “specific action(s).” To date, our youth awards have gone to people who are in the process of developing that lifetime commitment, as revealed in multiple actions over a significant period of time, but one can also imagine a courageous specific intervention on an injustice.

Examples of Virtuous Dispositions Include:

Ms. Hefner (2015) was chosen for her tireless efforts, across several decades, to provide support for Bakersfield area LGTBQ citizens, with such efforts ultimately resulting in the creation of the Bakersfield Gay and Lesbian Center. When AIDS first hit our community, there were very few medical resources and even less understanding of the disease and its impact, particularly on gay men. Ms. Hefner tirelessly worked to secure more effective healthcare and to provide an emotional support system for those stricken with the disease and their loved ones. She singlehandedly changed the way our community perceives AIDS and LGTBQ persons.

Ms. Carly Riddle (2016) was chosen for the courage and perseverance she shows in helping others, even while managing her own struggles with Asperger’s Syndrome and having grown up in extreme poverty. Even while her peers sometimes tried to make her feel lesser for being intelligent and lacking the financial resources to fit in socially, she topped them all by having the biggest heart in the room and consistently helping others to succeed, academically and socially. Ms. Riddle refuses to let her disability define her: She has grown into an incredible human being, one who continues to overcome adversity and make a positive difference in the world around her.