In Defense of Sanctuary Policies 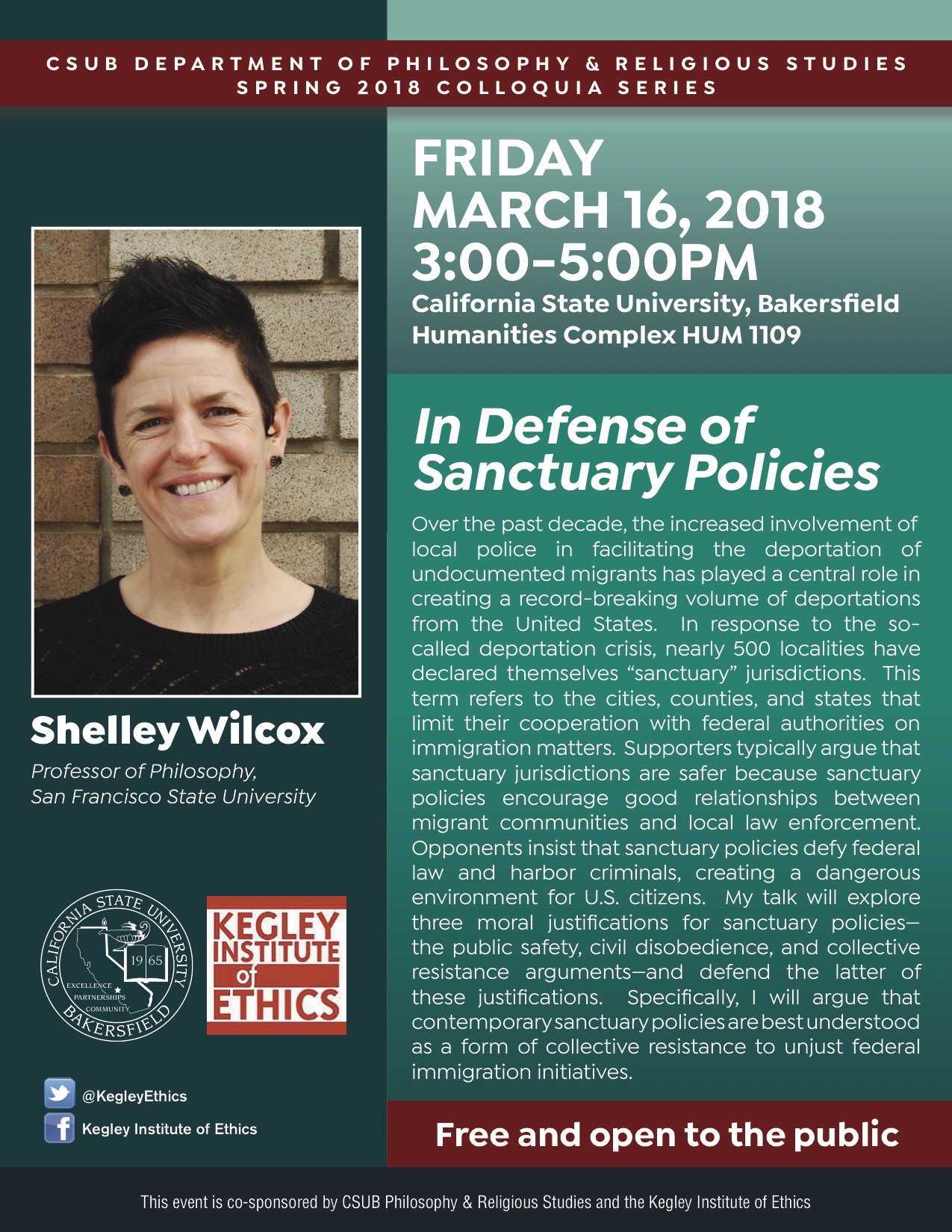 This lecture is part of the CSUB Philosophy and Religious Studies Colloquia Series and is co-sponsored by the Kegley Institute of Ethics. Over the past decade, the increased involvement of local police in facilitating the deportation of undocumented migrants has played a central role in creating a record-breaking volume of deportations from the United States. In response to the so-called deportation crisis, nearly 500 localities have declared themselves “sanctuary” jurisdictions. This term refers to the cities, counties, and states that limit their cooperation with federal authorities on immigration matters. Supporters typically argue that sanctuary jurisdictions are safer because sanctuary policies encourage good relationships between migrant communities and local law enforcement. Opponents insist that sanctuary policies defy federal law and harbor criminals, creating a dangerous environment for U.S. citizens. Dr. Wilcox's talk will explore three moral justi cations for sanctuary policies— the public safety, civil disobedience, and collective resistance arguments—and defend the latter of these justi cations. Speci cally, I will argue that contemporary sanctuary policies are best understood as a form of collective resistance to unjust federal immigration initiatives. END_OF_DOCUMENT_TOKEN_TO_BE_REPLACED