The Power and the Promise: KIE Student Fellow Reflections

The Power and the Promise: KIE Student Fellow Reflections 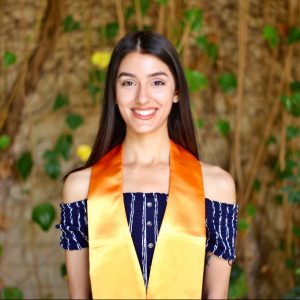 On March 3, 2021, the Kegley Institute of Ethics hosted an event entitled ‘The Power and the Promise: Education in Prison,’ which featured three panelists who have dedicated their careers to providing and administering education programs to people who are incarcerated. The full event can be viewed on the KIE YouTube page here.

The panelists included Angelica Perez, Program Manager of the Bakersfield College Inmate Scholars Program, Dr. Bidhan Chandra Roy, founder of Words Uncaged and an English Professor at California State University, Los Angeles, and Dr. Kyle Robertson, a Lecturer at the University of California, Santa Cruz and Managing Director of the Center for Public Philosophy. The event was moderated by Dr. Kallee McCullough (KIE Assistant Director) and the discussion addressed various topics regarding education in prisons followed by an audience question and answer portion.

One of the topics of conversation centered on the impact of prison education and its relevance to both people who are incarcerated as well as greater society. Dr. Roy explained that people who are incarcerated should not be viewed as problems, but rather as assets. As the founder of Words Uncaged, Dr. Roy has observed that the adoption of a restorative approach to justice rather than a punitive model has allowed for current and formerly incarcerated populations to effectively convey their feelings and shift the narrative regarding mass incarceration. Angelica Perez expanded upon this topic by stating that students participating in prison education develop valuable skills that can be used to better articulate their needs and build better relationships with prison and custody staff. These skills can be used post-incarceration to reduce recidivism and become productive members of society. Additionally, Dr. Robertson stated that higher education affords people the ability to effectively communicate their opinions in a public setting, a trait Dr. Robertson has observed through his professional experience hosting Ethics Bowl events at San Quentin State Prison.

In response to a question regarding negative public perception of prison education, Dr. Roy stated that education should not be considered a privilege, but rather an opportunity allotted to everyone. When met with a negative reaction towards prison education, Angelica Perez stated that she uses a quantitative approach by explaining the costs of mass incarceration, recidivism rates, and the importance of successful reintegration.

During the discussion, audience members asked about how they can become involved in prison education. For those interested in participating in or advocating for correctional education, Dr. Robertson suggested that both staff and students can seek out volunteer opportunities at Mount Tamalpais College in Northern California, which houses its renowned Prison University Project. For faculty seeking to become involved in the Central Valley, Angelica Perez welcomed those interested in the Inmate Scholars Program to contact her and her staff. Finally, Dr. Roy suggested for students and faculty to be persistent in their advocacy efforts by demanding that universities become more involved in the rehabilitation process through providing education programs to local correctional facilities.

This event was informative and the panelists provided excellent insight into the benefits, difficulties, and successes in providing education opportunities to people who are incarcerated.