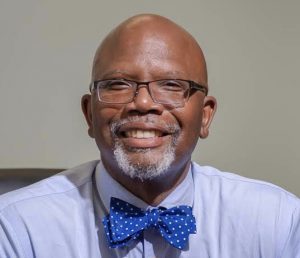 My earliest memory of reading comic books goes back to when I was five years old. I recall having an exchange with my father, also an avid comic book reader/collector, when I asked him the following question: “Why does Batman want this bad guy to keep his nose clean? His nose isn’t running.” My dad explained Batman’s actual meaning; he urged the “bad guy” to stay out of trouble, not to keep his nose clean literally. That interaction signaled my first vivid interaction with idiomatic speech. From that point, I became entranced by the visuals, the language, and the morality embedded within those comic books. Little did I know, these early experiences with literacy would continue as I became a teacher and an eventual teacher educator.

During my early years as a K12 teacher, I would sometimes infuse comic book panels into my lessons to visually stimulate students, inspire discussion, and promote age-appropriate ethical questions. Early on in my educational career, I felt very comfortable infusing content from comic books into my classroom framework. Most importantly, students seemed to respond favorably to the opportunities to debate and wrestle with some of the content contained within those fabulous pages. Later in my career as a K12 educator, two critical features emerged that deepened my love for teaching: the proliferation of graphic novels and Social-emotional Learning (SEL).

With the explosion of various graphic novels, I redeveloped my early love for the literature- graphics fusion and began purchasing them for my students. Book fairs, comic book stores, and other venues that sold these mediums became my havens. I also noticed students were keenly interested in graphic novels, especially the visual elements. Similarly, when SEL became prominent in school spaces, I found students naturally invested in wrestling with relevant topics, such as those relating to ethical choices (decision making), techniques for coping with psychological trauma (self-management), feelings of insecurity (self-awareness), and how best to negotiate group dynamics (social awareness). Driving to work one day, I had an epiphany. I vividly recall pausing at a stop sign and realizing the power of combining both entities into a single approach.

Somewhat haphazardly at first, I began using graphic novels to address concerns that thematic surfaced over time. While working with middle schoolers can be fun, rewarding, and high-yield, it can also be challenging to impart new learning to students unaccustomed to discussing personal matters. So, my early and patently unscientific plan for implementation involved having students reading and discussing a graphic novel about Dr. Martin Luther King, Jr. (Martin Luther King, Jr.: Great Civil Rights Leader)

Despite having heard of Dr. King’s exploits many times before, the visual nature of the graphic novel captivated students in ways that text-only material could not. Students began to reference specific panels when describing Dr. King’s exploits and seemed to appreciate the depth of particular experiences. This and other successes prompted a more scholarly approach to pairing graphic novels with SEL. Working with several pre-service teachers, I fashioned a curriculum that attended to each of the conventional SEL domains (self-awareness, self-management, social awareness, responsible decision making, and relationship skills). With intentionality, banks of graphic novels were developed and collated by SEL strand and by lexile level, giving students a range of choices within their reading level. Over the course of a semester, my colleagues and I piloted the curriculum by capturing observational data, surveying students, and noting behavior differences.

As I began to develop this plan, I applied for and was awarded the Kegley Institute of Ethics Faculty Fellowship, which allowed me to further expand the SEL program’s conceptual underpinnings. I am eternally grateful for this opportunity provided by the Kegley Institute and plan to present the findings of my pilot study at two conferences in the near future. I also plan to insert content from this curriculum into my courses to empower future educators with another tool to develop themselves and their students. I am incredibly optimistic about what lies ahead and look forward to sharing the results.

Previous Post: On the Theatre of the Oppressed
Next Post: Kicking off KIE Ethics Week with Ethics in Film